When searching for an aquarium light, it is often more than just deciding on a light that works and provides just about enough light for the plants in the aquarium.

Some aquarium plants have a higher need for light, while there are other plants that have low light demands. It is often the case that the more light required, the harder it is to grow the aquarium plant. 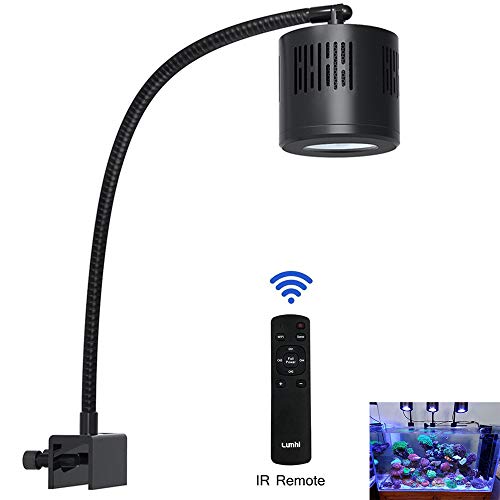 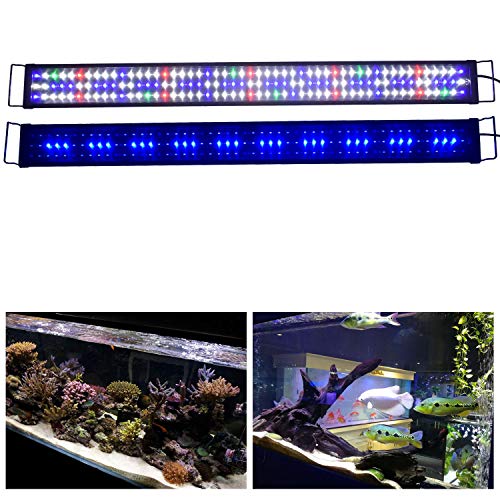 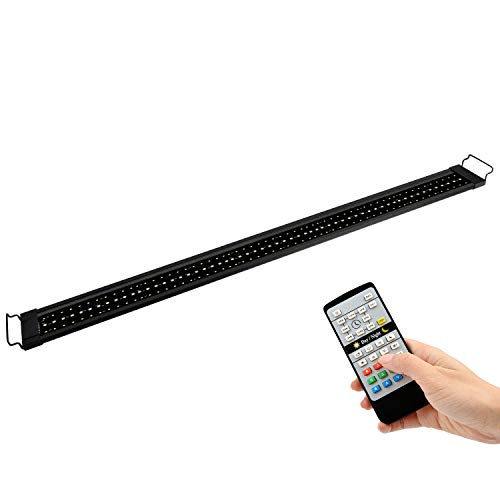 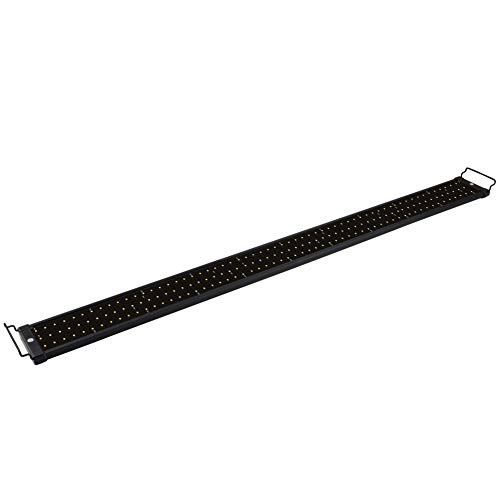 People with aquariums often have loads of questions – such as how to make them brighter with lights. The article below will help answer some of your questions.

What Is The Best Lighting For A Tropical Fish Tank?

Incandescent lightbulbs is not a viable option because these lights produce heat, which at the end of the day will heat up the water in the vicinity. This can cause fluctuations in the water temperature which is usually not good for your fish, as they will try to hide where the water is much cooler.

Which is why most people use LED lights in their aquarium

What LED Lights Are Good For Aquarium Plants?

It all depends on if your plants and corals are in their growing phase, this means you will need a different level of light intensity than you will at other stages of their life cycles.

The diverse variety of plants will have different light requirements, and there are different LED systems for each. The implication is that you need to choose an appropriate one for your aquarium.

What Is The Best Lighting For A Reef Tank?

The best lighting for reef tanks are LED lights because –

They Illuminate the Aquarium

This lighting system (LED) is designed so that it can deliver the best possible visual effects in aquariums. Regardless of the type of effect you want, you can always make the adjustments on the product control panel to enjoy more effects.

You will find that some of the light systems come with a remote control allowing you to make adjustments from the comfort of your couch. The several upgrades mean, you can now make amazing effect changes with just the press of a button.

Your fish are safer with LED lights as they are safer to use than the old metal halide and T5 fluorescent lights.

The reason for this is that are no metal filaments or noxious gasses found in the LED lights. Companies making these lights are also evolving their system to make them water-resistant too.

It may seem that LED lights will produce some heat, but its heat is not enough to make the temperatures in the reef tank higher than you want it to be. The intensity of heat generated by LED lighting is nothing compared to that produced by other types of lighting.

By having this feature, it is possible for you to keep the power consumption of your aquarium lighting to a minimum.

It can be surprising how much the lighting you use will affect the environment in the aquarium. And so, these LED strip lights could be excellent for the health of your coral and plant life.

Almost all of the LED lights produce between 8000K and 10000K of lighting, which should be sufficient to promote the growth of a wide variety of plants and the other organisms in the water.

About all the LED lighting systems are designed to be compact and easy to make adjustments to.

This feature allows you to place them nearly anywhere around the tank that you want to, and mount them in the tank in a way that allows for space and manoeuvrability so you can easily clean and maintain the fish tank.

As mentioned before, waterproof LED lights are also available, so you can even mount them underwater and easily clean the tanks whenever needed

Experts say that the best lighting options for freshwater tanks are standard fluorescent bulbs, compact fluorescent bulbs, metal halide lights, and LED lights. They also say to avoid incandescent bulbs as they are suitable only for small aquariums and give off too much heat.

You should know that standard fluorescent lights supply good light intensity and produce little heat and compact fluorescent bulbs give more light output (at a smaller size) and are often built into an aquarium hood.

Lights that contain metal halide have the advantage of having a full spectrum, so they are good at reproducing the tropical lighting that much freshwater fish had in their native environment, and sustain photosynthesis for aquarium plants. But unfortunately, these lights produce a lot of heat.

In comparison, these LED lights run much cooler than standard fluorescents and metal halides. LED lights to possess customisable lighting colours and intensities and will do well with both fish-only and planted tanks as long as you select those with the right output.

Do LED lights cause more algae in an aquarium?

Can Fish See In the Dark?

For those of you that have pet fish living in an aquarium, you might be wondering how best to light the tank. A fun fact is that fish like 12 hours of light followed by 12 hours of dark, similar to what they would experience in the wild. Although you will find some fish species vary in how much light they like, so make sure to research your particular species.

All fish go into a dormant state at night where they lower their brain activity by half so they can rest, and so this allows them to continue swimming and avoid bumping into objects while they’re resting.

You should note that algae will grow faster if you keep light on the tank constantly, and so turning off the lights at night won’t just help your fish rest, it will also discourage algae overgrowth.

Is It Ok To Leave Fish Tank Light On At Night?

The lighting in aquariums bring out fish colours and, make it easier to spot tank problems and regulate your fish’s sleeping and eating. In general aquarium fishes need periods of darkness, and turning the lights off at night will help you mimic your pet’s natural environment.

As you try to find out how much light to give your fish each day, check the care requirements for your individual species, as needs vary slightly. As we said before, most fish require around 12 hours of light a day and fish like goldfish will lose their colour without light, and some fish may stop eating, become lethargic or become ill without sufficient lighting.

How Do Fishes Sleep?

Fish are not like humans and several other mammals who settle in for a cosy night of rest, as a lot of them remain in motion and don’t close their eyes.

In fact, fish can’t close their eyes because they lack eyelids.

You will find some fishes who continue to float along and will occasionally move a fin to keep oxygen flowing into their gills. They perform these movements so as to help them stay balanced.

When they sleep, their movements are often slower, and many times they’ll drift down toward the bottom of the surface rather than swimming at their normal elevation.

What Colour Do Fish See The Best?

Scientists don’t really know what fish see exactly, as they have never been able to communicate with one to find out, but we sure can guess. But they conclude that certain fish will be attracted to certain colours depending on the type of fish, time of day, transparency of water, weather, and maybe even time of year.

But for those of you that want to know, fish have always been attracted to the colours: Red, yellow, gold, blue and green.

What Colours Do Fish Not See?

As for the remaining colours, scientists aren’t sure if fishes can or can’t see them

Fishes have eyes and so they can detect movement of people, some studies even show that fish can recognise human faces.
This studies showed that fishes could identity the pictures of their owners even if they were in black and white.